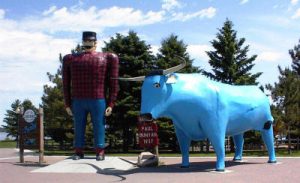 Brainerd is a city in Crow Wing County, Minnesota, United States. The population was 13,590 at the 2010 census. It is the county seat of Crow Wing County and one of the largest cities in Central Minnesota. Brainerd straddles the Mississippi River several miles upstream from the confluence with the Crow Wing River, having been founded as a site for a railroad crossing above that confluence. Brainerd is the principal city of the Brainerd Micropolitan Area, a micropolitan area that covers Cass and Crow Wing counties and had a combined population of 91,067 at the 2010 census. The Brainerd area serves as a major tourist destination for Minnesota and Baxter is a regional retail center.

Emergency Dispatch
Call 9-1-1 for a police, fire or EMS response.

Non-Emergency Dispatch
Call (218) 829-2805 to speak to a police officer in a non-emergency situation.