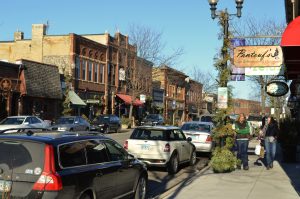 Excelsior is a city on Lake Minnetonka in Hennepin County, Minnesota, United States. The population is 2,397. The suburb is located 12 miles west of South Minneapolis.