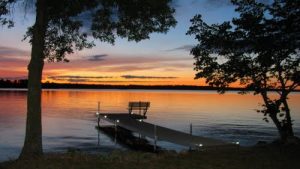 Cross Lake is a city in Crow Wing County, Minnesota, United States. The population was 2,141 at the 2010 census. It is part of the Brainerd Micropolitan Statistical Area.

Crosslake was incorporated in 1959. In 1972 it absorbed North Cross Lake, Minnesota.